Please evaluate the selection of pumps.

An example of the advisability of such a replacement can be the possibility of replacing flanged wet-rotor circulation pumps by other similar dry-rotor pumps. The win of price can be more than doubled. Dry rotor pumps have the advantage of higher efficiency and maintainability. The disadvantage of such a replacement is the need to modify the pipeline, because in most cases, the connecting dimensions will be different and the need to install anti-vibration inserts in case if the heating system is implemented with steel pipes and the distance to the living quarters does not compensate for the resulting vibration during operation. However, the cost of solving these problems is often not in any comparison with the price difference.

Another characteristic option for replacing the old pump with a new one is to replace the flanged cantilever pump on the plate with a monoblock flanged pump. The old cantilever pumps from the Soviet era did not have the same high efficiency as the modern ones, and they were also designed and installed with a significant margin and the correct replacement of such a pump will lead to significant energy savings.

Modern well pumps are more optimized in terms of flow rate than older pumps. And where pumps of 6-8 inches diameter were used before, it is now possible to use pumps of 4-6 inches diameter, which are cheaper.

A sensible approach to replacing a pump that has reached the end of its service life in most cases results in cost savings, reduced operating costs and extended the time to the next replacement. 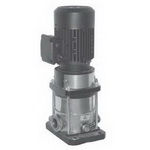 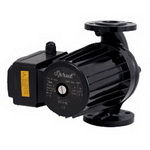 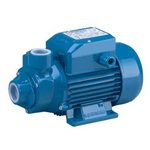 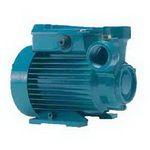 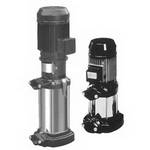